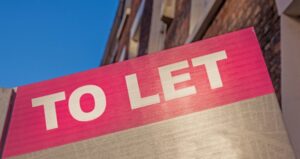 Rishi Sunak’s super deduction scheme is now set to apply to the initially excluded landlord lessors after the government changes its mind and amends the Finance Bill.

Given the importance of commercial property sector to our economy, it was always mystifying why landlords were excluded from claiming the new capital allowances super deduction. However, that situation is about to be rectified.

What is the super deduction?

In Sunak’s Budget on 3 March 2021, a number of new tax incentives were introduced to encourage investment and re-boot the economy in a post-pandemic bounce-back. The new 130% super deduction First Year Allowance (FYA) lowers tax bills by around an extra third for expenditure on new ‘main pool’ plant and machinery.

The accompanying 50% Special Rate FYA, or SR allowance as it is known, gives an eight-fold acceleration of tax relief compared to the 6% writing down allowance (WDA) previously available for a range of other plant and machinery assets.

This is a time-limited opportunity because the new measures are only available for expenditure incurred between 1 April 2021 and 31 March 2023.

Why was the door shut on landlords?

However, landlord investors who lease property to tenants for rent were, somewhat inexplicably, excluded from claiming the new relief.

Institutional investors and property investors generally, are the driving force behind much of the development of new commercial property. Given that such developments are responsible for the creation of countless jobs in the construction industry and associated supply chain, it seemed completely illogical that lessors of property should be prevented from claiming the relief.

This situation was due in part to the arcane rules in the capital allowances legislation at CAA 2001 S46 which excludes giving FYAs to lessors of plant or machinery.

Now, in what would appear to be a complete change of heart, the government has sponsored an amendment to clause 9 of the Finance Bill which would mean that lessors of property can avail of the relief too.

This is a significant and welcome change and is the result of some intense lobbying of HMRC by professional practitioners and the property industry itself. It always appeared inequitable that lessors should be excluded from the incentive and the following example illustrates the relief that they were missing out on.

Value of the super deduction

A property investor has taxable profits of £130,000 at its financial year end. During the year it carried out a building project and spent £100,000 on ‘main pool’ plant and machinery such as fitted furniture, sanitary appliances, fire alarms and so on.

The value of plant and machinery allowances with and without the super deduction is shown below.

This amendment addresses a fundamental unfairness in the operation and application of the super deduction regime and consider that it will be a significant stimulus and acceleration for investment in property over the course of the next two years.