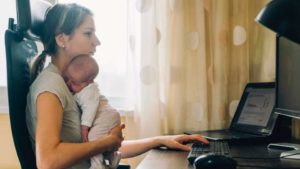 The self-employed income support scheme (SEISS) has been extended to self-employed new parents who took time out to have children.

The government confirmed this month that self-employed new parents are entitled to the SEISS grant if their trading profits sank in 2018/19 due to a pause in their career to care for newborns within the first 12 months of birth.

Self-employed parents will have to meet the eligibility criteria under the SEISS, where claimants would have to have traded in 2018/19 with profits making up at least half their income.

The parental SEISS grant also includes parents who have adopted during this period and so didn’t trade for a period within the first 12 months of adoption.

Self-employed new parents are being treated similarly to their furlough counterparts. Earlier this month, parents returning to work from SMP after 10 June learned they could still be furloughed and were not affected by the CJRS cut-off date. The furlough scheme was closed on 10 June for new entrants in anticipation of the revised scheme which launches on 1 July.

As the Chancellor confirmed on 29 May, SEISS 2.0 will cover a further three months, but at the reduced level which is equivalent to 70% of the taxpayer’s annual average profits.

The second self-employed grant comes with a greater emphasis on whether a business has been ‘adversely affected’ after 14 July – the definition of the term has been debated amongst tax professionals.

In the guidance released on 12 June, HMRC used examples of businesses ‘adversely affected’ as one which has either temporarily stopped trading or has been scaled back due to the coronavirus pandemic. Three possible causes listed in the guidance include supply chain has been interrupted, fewer or no customers or clients, or staff were unable to work.