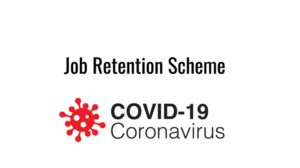 HMRC has added a facility to the Coronavirus Job Retention Scheme (CJRS) claims process which allows employers to declare over-claims of grants, and offset the excess grant claimed.

The lack of an error correction facility in the CJRS process has been the number one bugbear for tax agents and employers, who have sometimes struggled to calculate the correct amounts of employee costs to claim under the furlough scheme.

On 5 June HMRC added information to its guidance on how to work out the amount to claim through the coronavirus job retention scheme.

Where the employer has over-claimed the CJRS grant in an earlier claim they must adjust the amount claimed in the current claim, to take account of the amount of over-claim, and tick a box to say a correction is being made.

The HMRC guidance says the employer should keep records of the amounts of the CJRS claims, the claim period for each employee, the calculations and any corrections made, for six years.

However, similar HMRC guidance on the communication required with each employee about their furlough periods, says those records should be kept for only five years.

The online error correction facility only applies to over-claims of CJRS grants. If the employer has under-claimed the CJRS grant due they should not adjust the next CJRS claim.

To correct an earlier under-claim of the CJRS grant the employer should call HMRC on the coronavirus technical line: 080 0024 1222. The HMRC officer can put through a parallel claim for the extra grant due and provide a claims reference number.

The HMRC factsheet about the new flexible furlough scheme states that around 40% of CJRS claims have not included employer NIC costs or employer pension contributions, which are both permitted as part of a claim.

The same factsheet said the average level of wages claimed under CJRS so far is £1,380 per month. This average monthly pay would generate an employer class 1 NIC liability of £89.42 and employer workplace pension contributions of £25.80, indicating an under-claim of £115.22 per employee per month using 2020/21 thresholds.

Where the employer has claimed the Employment Allowance (now £4,000 per year), any employer’s NIC covered by that allowance should be excluded from the CJRS claim.

The draft legislation, which brings the CJRS grant into the tax system to be taxed as income, also includes provisions that allow HMRC to claw back any coronavirus support payments which were not due.

HMRC is expected to take a light-touch approach to penalties, and not penalise for genuine errors.