CIS: When are contractual arrangements caught? 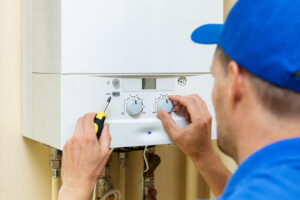 Whether certain contractual arrangements are caught for construction industry scheme (CIS) purposes can lead to confusion and potentially non-compliance.

The question of whether or not CIS applies and who is responsible for operating CIS will be determined by:

Whilst the CIS will be in point depending on whether or not the contract falls within the meaning of a construction contract, CIS need only be operated at the point of payment.

The key part of the legislation is the word ‘relates’. A contract only needs to relate to works/services that fall within the meaning of construction operations for that contract to be within CIS. This would be the case even if those works/services are not actually undertaken.

As a consequence, it is vitally important to understand what types of works could be undertaken under this type of contract and having considered the position, if any part of those works would be within the meaning of construction operation, then all of the works or services provided under that contract will be within CIS.

The boring of a new hole through the wall and the making good of the existing hole left by the former flue, will drag the whole of the installation into the CIS. As a consequence, all of the works under that contract will be caught for CIS purposes from day one, even where a new boiler may never be installed or might be installed at some point in the future.

There is a misconception that CIS does not apply to works carried out to private homes. As with all things CIS, this is not quite correct.

A private householder is not regarded to be a contractor for the purposes of the CIS and this only applies where the private householder has contracted for works to be undertaken to their own home and not properties that they may own and let/rent out.

As such, where a private householder has engaged a builder to carry out work to their own home, CIS does not apply. However, if that builder then subcontracts work out to other companies or tradesmen (eg bricklayers, electricians, plumbers etc), then that builder must operate CIS regardless of the fact that the works are being undertaken on a private home.

This is because the builder is a contractor and the contract between the builder and the other tradesmen will be a construction contract.

Whether or not the letting agency could be regarded a contractor for the purposes of the CIS, will depend on the contractual arrangements, which could be arranged in two ways:

When deciding whether CIS is in point, the starting point is establishing the contractual arrangements and what works could be undertaken or services that could be provided under that contract. If, having considered the position, the contract can be said to be within the meaning of a construction contract, then CIS must be operated on any payments made under that contract regardless of what the payment relates to.