Basis periods to be abolished in 2022 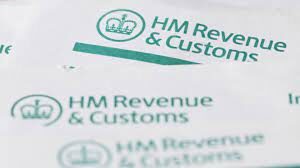 Some unincorporated businesses will have bumper tax bills for 2022/23 as their accounts reporting is adjusted to fit exactly to the tax year from 6 April 2023, in preparation for MTD.

Draft legislation will be included in Finance Bill 2022 to abolish basis periods for businesses that pay income tax on profits calculated on a current year basis.

From 2022/23 those taxpayers will have to report to HMRC the income and expenses that arise precisely in the tax year – ie on an ‘tax year basis’. Losses will be those arising in the tax year.

Tax advisers with long memories will recall that on the introduction of self assessment in 1995/96, the basis for assessing income tax from unincorporated businesses was changed from the prior year basis (reporting accounts from periods ending in the previous tax year) to the current year basis (reporting accounts for periods ending in the current tax year).

With the introduction of MTD for income tax from April 2023 (MTD ITSA), the reporting of accounting data is to be aligned exactly with the tax year.

The law will deem accounting periods ending on dates between 31 March to 4 April as ending on the tax year end: 5 April. Any income/expenses arising after the end of the accounting period will fall into the next tax year. This will apply to both trading and property businesses.

Businesses which already draw up accounts to 31 March or 5 April will see no practical difference from 2022/23. Property letting businesses already have to report to the tax year, but in practice many draw up their accounts to 31 March, which by concession, is treated as a period ending on 5 April.

Without this change to reporting periods taxpayers with several sources of income would need to file MTD reports for differing quarterly periods in the tax year, leading to up to 13 MTD filings required per year, plus VAT returns.

Under the tax-year basis the self-employed taxpayer will file MTD reports for all their sources of income by the same date each quarter, with a possible deviation for VAT if their VAT returns are not in the stagger one group (March, June, September and December quarter ends).

The estimated tax liabilities, based on those quarterly MTD reports, will also make more sense to the taxpayer, as the income reported in the quarter will be what drives the tax due for the year. HMRC has also recently consulted on accelerating tax payment dates for both companies and unincorporated businesses.

Who does this affect?

According to HMRC 93% of sole traders and 67% of trading partnerships already draw up accounts to the tax year or to 31 March. However, one third of partnerships do not, and it’s suspected this includes many very large and long-established partnerships such as law firms, accountants, doctors, dentists, and some farming businesses.

Businesses with a 30 April year end will be particularly hit in the transitional year (2022/23) as they will have to report profits for the period from 1 May 2021 to 5 April 2023 in that year. There will be a transitional relief to spread the extra income falling in 2022/23 over five years to 2026/27, but that could push people into higher tax bands for those years (see examples in annex B).

HMRC is not asking businesses to change their accounting date. Unincorporated businesses will still be able to draw up accounts to any accounting date that suits them. However, an apportionment of profit or loss from different periods of account would be needed to fit to the tax year.

A partnership with an accounting period ending on 31 December would have to prepare the accounts for both 2025 and 2026 in order to file the partnership tax return for 2025/26. That tax return would need to be filed by 31 January 2027, giving the partnership just one month to either finalise the profit figures for 2026 or provide estimates for the tax return.

In practice businesses will tend to change their accounting period to align with the tax year.

This will create a significant bunching of workload for accountants who deal predominately with unincorporated businesses, in order to meet the quarterly filing deadlines on 5 May, 5 August, 5 November and 5 February, plus of course 31 January.

Businesses might also wish to change their VAT stagger group to fit with the calendar quarters for income tax and their accounting period. Accountants may discourage this in order to spread their workload.

The government is determined to make this change. The HMRC consultation on basis period reform only asks for suggestions of how this can be done, what the costs will be for businesses, and if there are any knock-on effects for other tax rules that need to be changed.